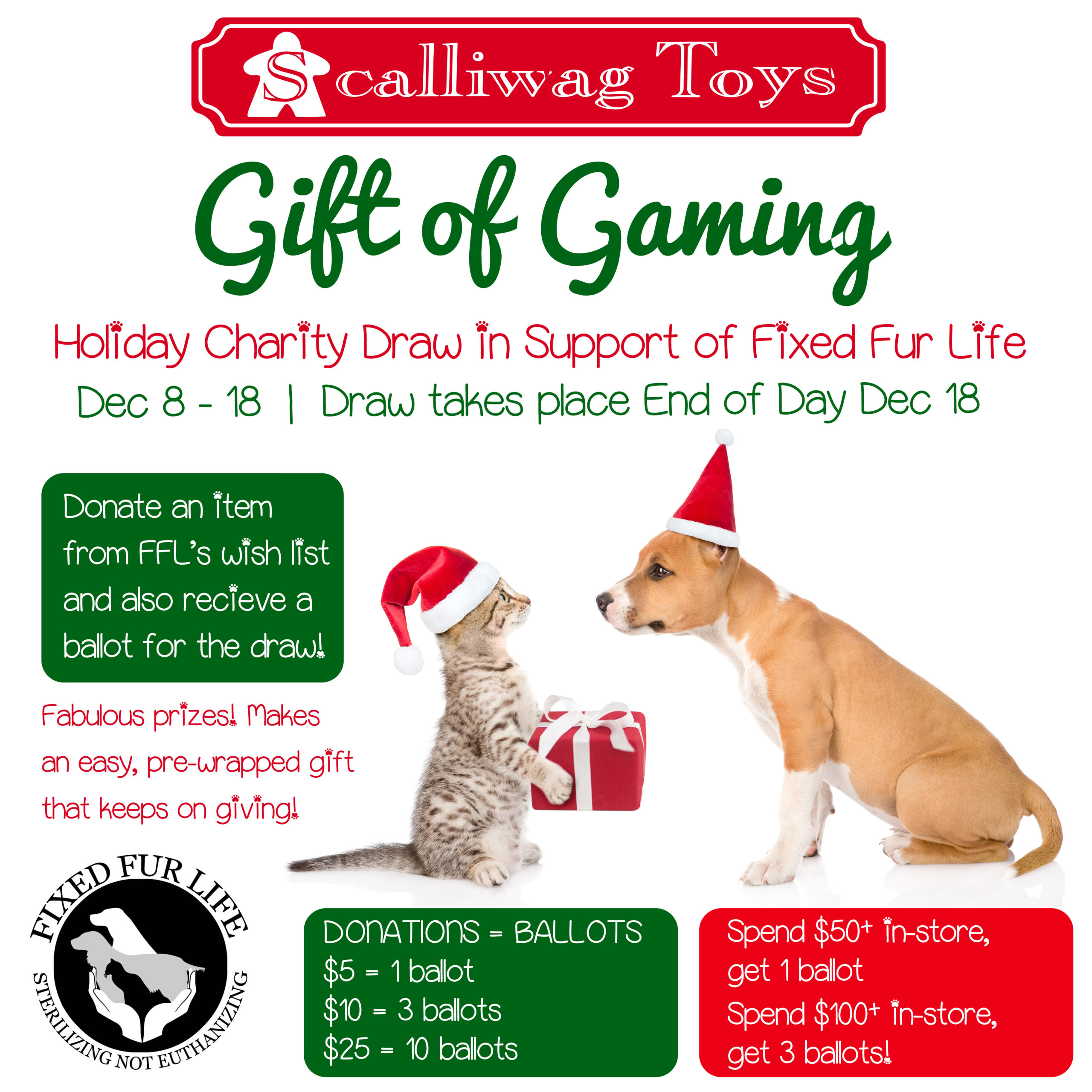 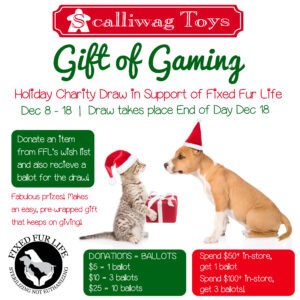 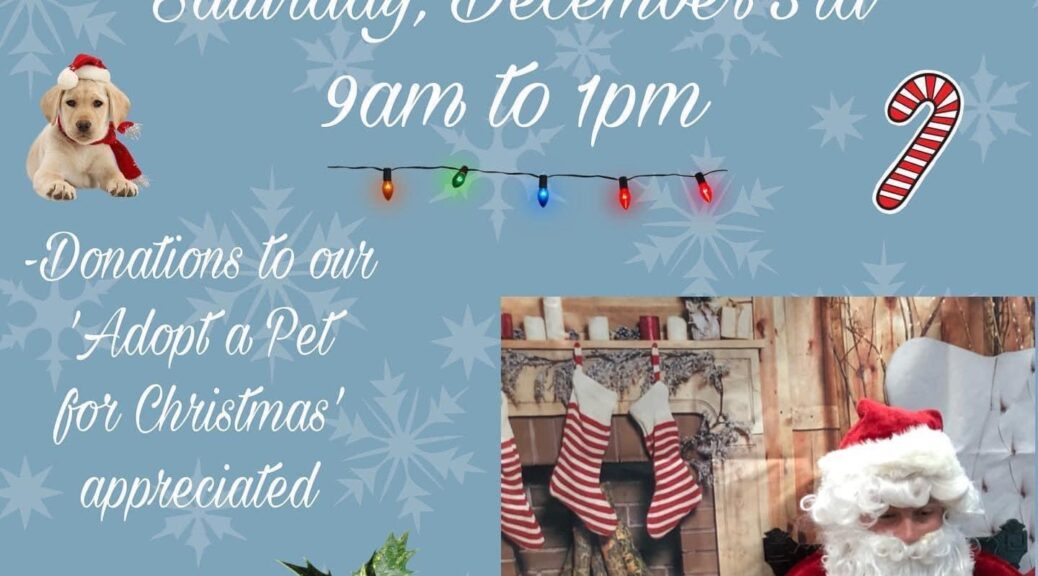 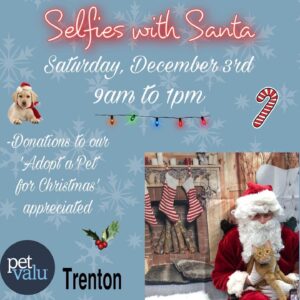 Santa Selfies! They are also collecting items from our Wish list. 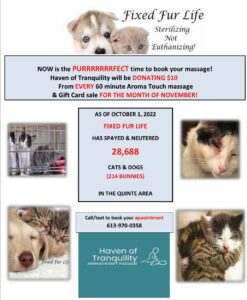 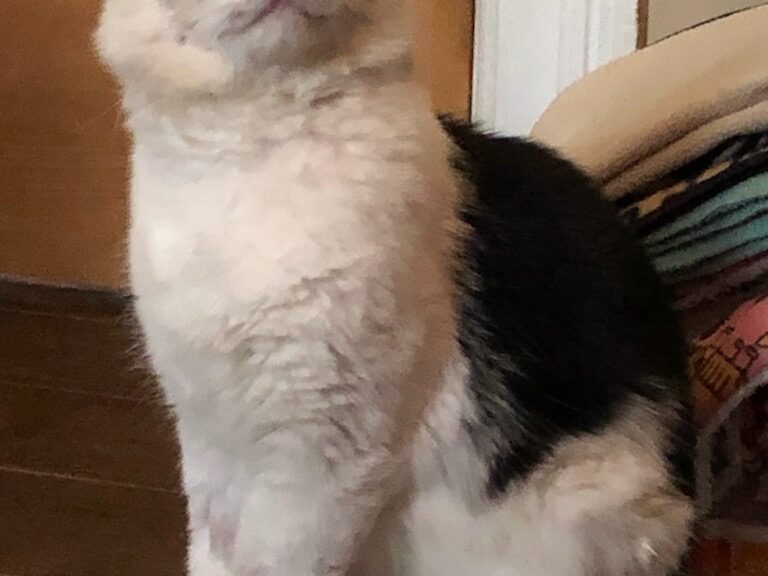 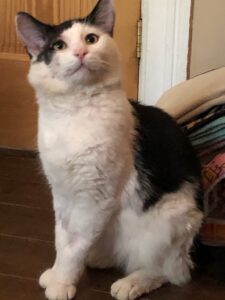 Brock continues to do well! Eating, drinking and urinating appropriately. He loves his special diet. He looks and feels so much better. 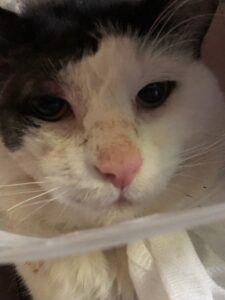 Very happy to share that Brock came home Sunday night  after spending the weekend in the emergency after hours hospital.

On Friday he became very lethargic, his urine was bloody and he was in so much pain. He was admitted to the emergency after hours hospital where it was determined that he was almost completely blocked and he had a massive urinary tract infection. His kidney values were through the roof. He would not have made it to morning. Over the weekend he received IV fluids to flush out his bladder,was catheterized and given  different antibiotic and pain meds.  

Very happy to share today that he came home last night. Kidney values had returned to normal , catheter was removed and he is eating and urinating adequately. He will continue with antibiotics, pain medication s and a special diet.

I wanted to say Thank you to our amazing supporters who donated towards his care! We can’t thank you enough. He now has a second chance at a better life. 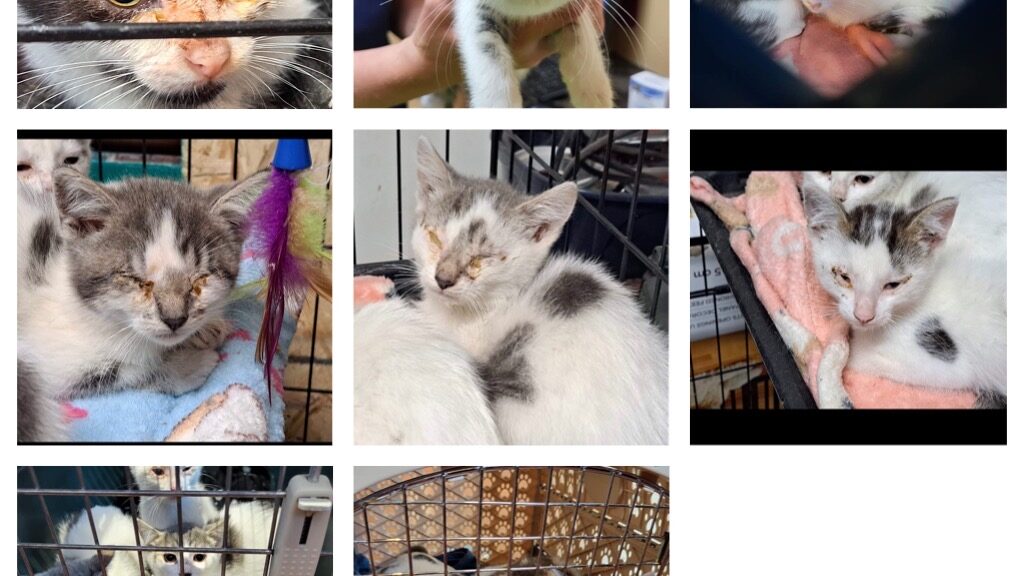 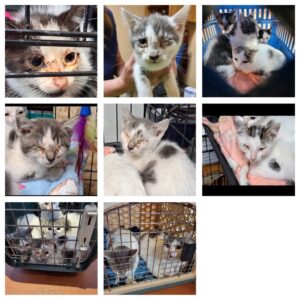 We are always happy to help out other organizations when we can when they are not able to cover medical expenses. This is the latest group of 8 kittens and 2 pregnant girls that we are covering the veterinary expenses for to get them on the road to recovery. 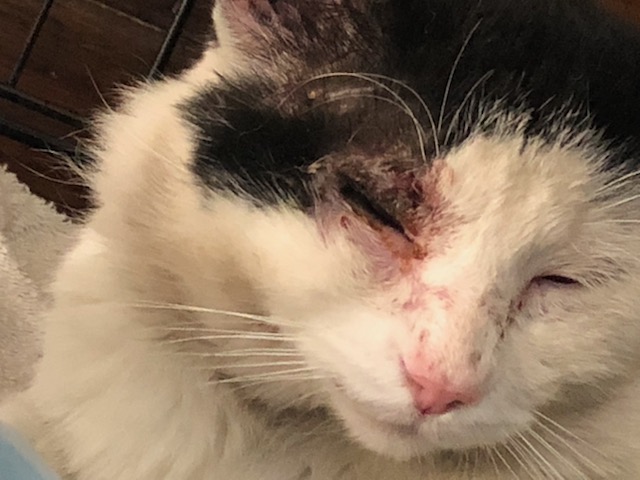 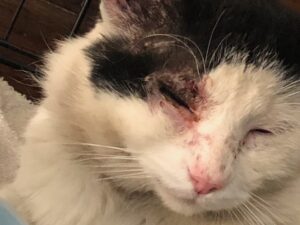 Update on “Brock” the fellow we took in last night. He has spent the day at the vet for assessment and treatment. He was in so much pain he had to be sedated. He has multiple bite wounds and abscess’s the worst of which was on the side of his face with eye involvement. All have been drained and cleaned and he will be on pain meds and antibiotics for awhile…While sedated the vet was able to neuter him… Rest and recovery for him now… 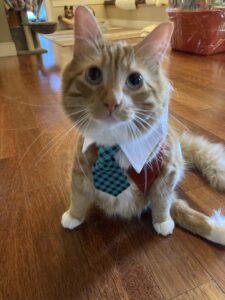 Our handsome Mufasa is finally ready to find a home. For those of you who don’t remember who he is here is his story. We took him in when was just 5 weeks old from a barn where he had wandered into the goat pen and sustained a spinal injury. He was left without the use of his back legs and ended up losing one of them. He is incontinent and wears a diaper. He is the sweetest most loving little guy and his disability does NOT slow him down! He runs and plays unaware that he is disabled. He would need a home with someone who understands his disability and is able to provide the care he needs. If you think that may be you then please message me.  He picked out this tie for his photo op hoping he would catch someone’s eye. 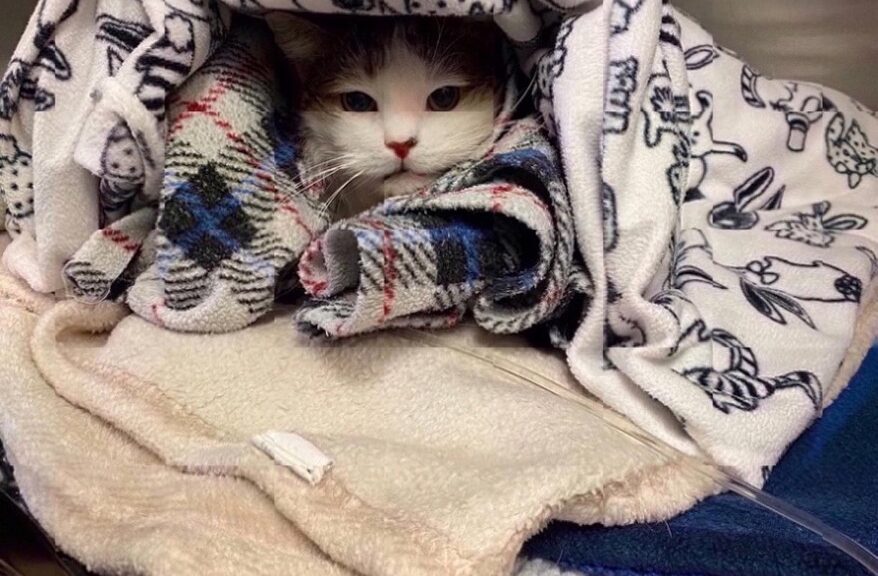 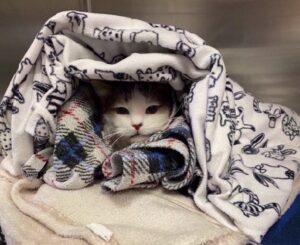 Gilbert did well with his dental today. All but two canines had to be extracted.

He is one of 16 we have rescued from the South Front st location. We are Hoping to raise funds toward this cost. ( The cost of the surgery was two thousand one hundred dollars). Here are some options if you are able to help:”

1. On the main page of our website there are donation links to Pay Pal and Canada Helps

2. E Transfer to fixedfurlife@outlook.com ( Please include your address for a tax receipt 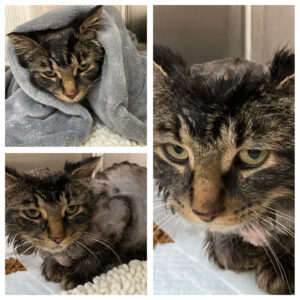 Update on Barney. Barney is the little one we took in who was covered from head to toe in motor oil. Very underweight and dehydrated. He is doing amazingly well! We can’t seem to get enough food into him. He was initially quite shy but has certainly come out of his shell. We call him our little purrminator. He says he loves the breakfast in bed and the maid service. Onward and upwards for this little guy.

Fixing the world, one pet at a time