Update on Olivia the Dumpster kitten 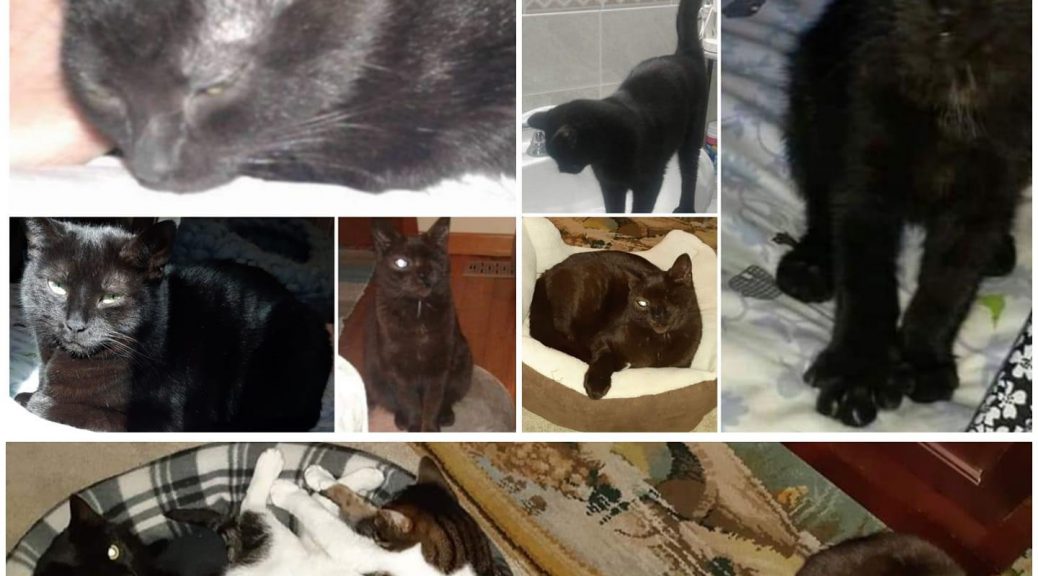 My only girl, Olivia or Livy. She was found 3 years ago on a very hot September day double bagged in a garbage dumpster. She called the “dumpster kitten”. I first saw her on FFL page and the she was on the tv news. Feisty little girl guessed to be just 5 weeks old. She has enormous meow and that is my guess what led to her being found. She was a handful!! First kitten I had that climbed curtains scampered up and down like a monkey. She is a diva. Cuddly on her terms. She has a loud and perpetual purr. She will be 3 in a couple of weeks. She gets the zoomies nightly combining zipping around and great leaps. She usually can be found in front of a window or slider when not in a cuddle.

She joined brothers Winkie, a FFL alum and Telly a rescue from when I lived in Guelph. Winkie was 5 in May. Not sure how he exactly ended up with FFL but he was a tiny little 5 week old the day he picked me. I went to see another kitten but Wink would have none of it. I put my hand in the cage and he climbed over several other kittens, walked through water and food dishes and plopped his tiny body in my outstretched hand. He was born with a facial deformity, his left cheek is pushed up o to his nose so he has a whisker that grows out of the top of his nose. His mouth is also slightly deformed so he likes his food and treats little and prefers taps and his fountain to bowls of water. Also, he was born with one eye. When he was neutered the eye socket was cleaned out to reveal an eye that hadn’t grown with him and the area was sewn closed. He has never know different. He spots the smallest specs and walks along the narrowest of ledges. Sleeping in sinks is one of his things. Loves to play fetch and laser tag. He is never far from me and is the cuddle bug of the family.

He took to Olivia right away and was her teacher in many ways.