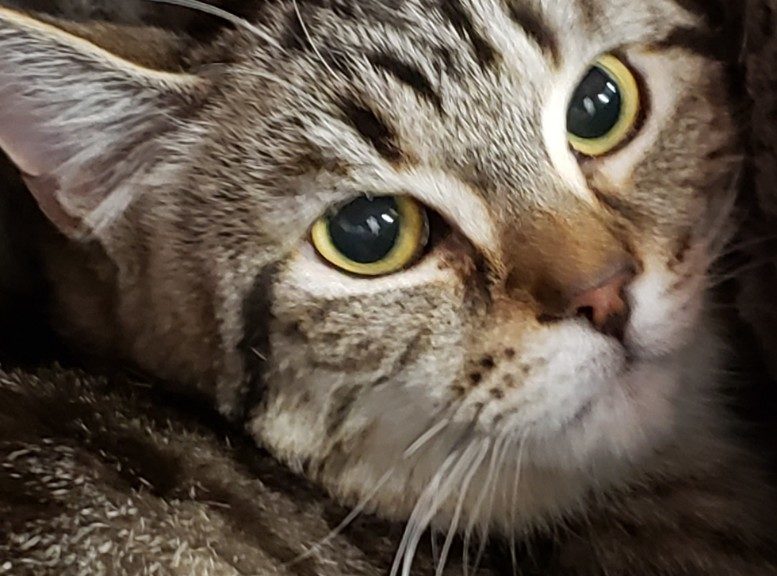 Tillie came to FFL with her two moms. Lola and Gigi. They had had  13 kittens  outdoors. Tillie was the runt of the litter but eventually caught up.   She was much shyer than the rest and required a few more weeks of socialization. She was eventually spayed and has now been adopted. All of her siblings were also adopted. Her two moms were both spayed and adopted as well.