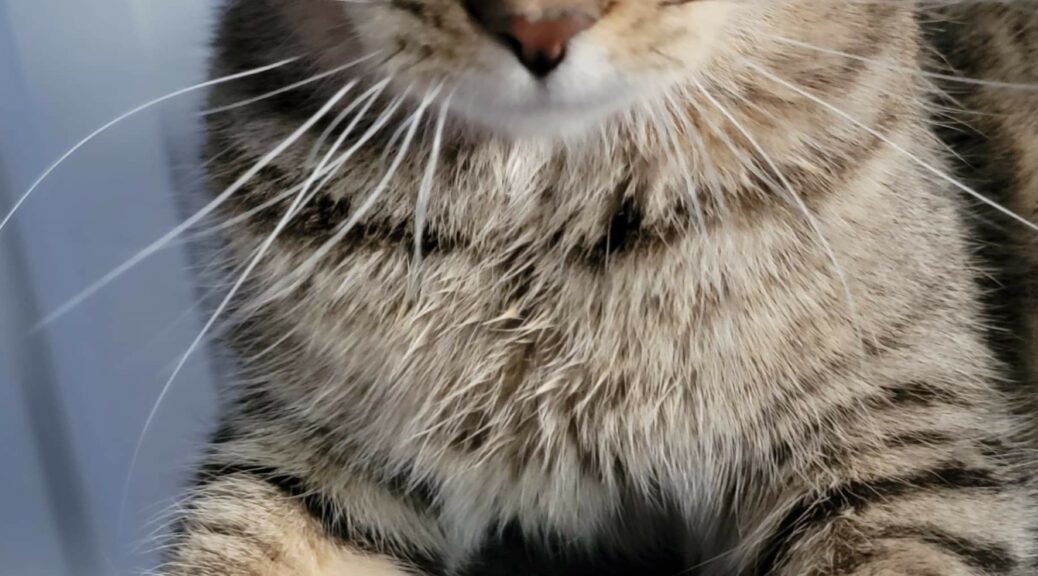 Rykers owner contacted us asking us to find him a home. Ryker had contracted a virus causing him to have major imbalance issues. He was treated and his symptoms gradually resolved. From that point on the other cats in the household continually attacked him. Heartbroken his owner reached out to FFL and we were able to facilitate the adoption into another home where he now resides with his new canine friend and all is well.