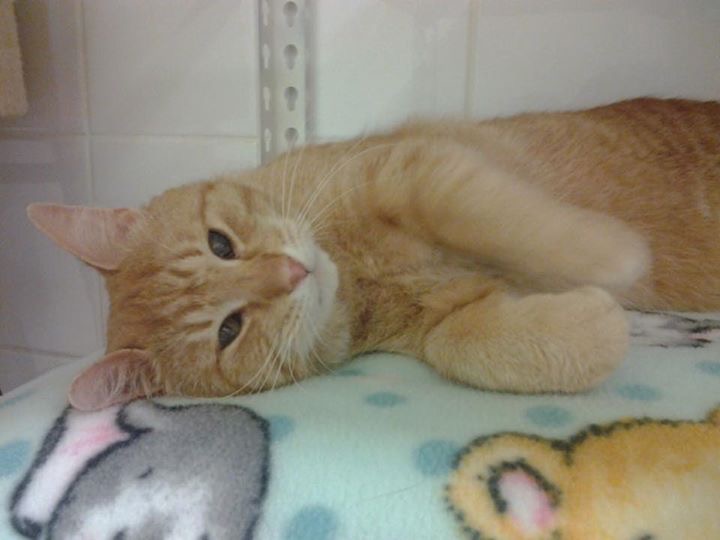 Gary came to Fixed Fur Life many months ago. It had been reported that he had been roaming the streets for over a year. On admission we noted that he had severe ulcers in both eyes. The left had been rendered blind. After many weeks of treatment we managed to heal the ulcer in his right eye and he has retained sight in that eye. He was then neutered and vaccinated and we are so happy to report he has now been adopted.