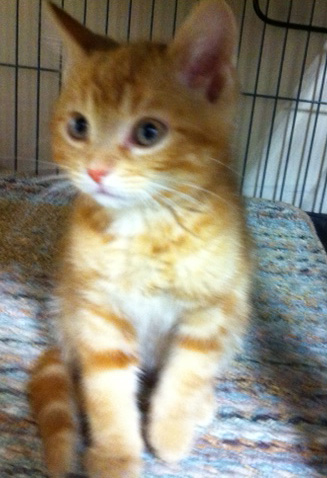 December 2013 – Finn is a very cuddly little boy who was brought to Fixed Fur Life after being found outdoors as an abandoned kitten with his sister Huckleberry. Both had so many fleas we thought they would carry them off in the night. Both were treated for their infestations and have now been adopted out together!